Pvt Slider is listed as being a member of 23rd Company, 6th Machine Gun Battalion in March, 1918. He was killed on 18 June 1918 while serving on the front line at Belleau Wood.

The unit designation on his gravestone indicates that Pvt Slider came over to France in July of 1917, when 23rd Company was part of the 5th Marine Regiment, 1st Division, AEF. Both 15th & 23rd Companies were detached from the 5th Marines in early 1918 and made a part of the 6th Machine Gun Battalion soon after the battalion arrived in France. At that time, January 1918, the 6th Machine Gun Battalion, together with the 5th & 6th Marine Regiments, joined the 3rd Army Brigade & supporting units to form the 2nd Division (Regular) A.E.F.

The 2nd Division emblem, an Indian-head within a star, is prominantly displayed on Slider's gravestone, though it is so darkened with age that only the outline is visible. 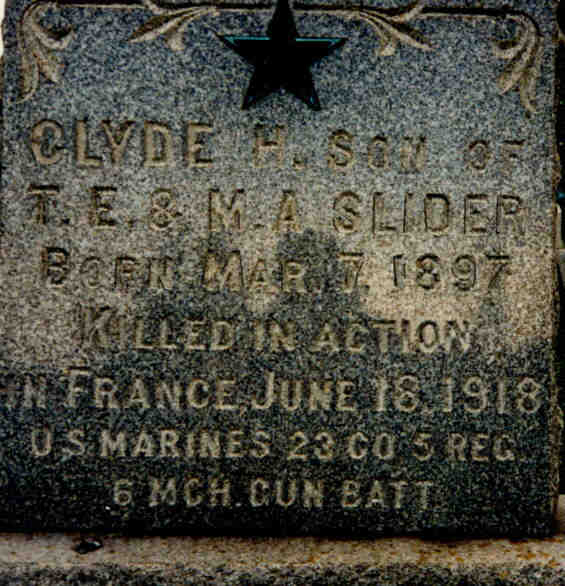